Ending the threat of pandemic disease. That’s a moonshot. Fighting climate change with new energy and industrial systems that reduce the amount of carbon dioxide in the atmosphere rather than increase it. That’s a moonshot. Feeding the projected population of 10 billion people in 2050 without wrecking the planet. That’s a moonshot. Opening the way for people to live with longer health-spans — that is, longer proportions of their lifespans without arthritis, Parkinson’s disease, dementia, and other maladies of aging. That’s a moonshot.

President Kennedy introduced his call for the original moonshot in an address to Congress in May 1961. The United States finally pulled off his vision 50 years ago when the country landed astronauts on the moon on July 20, 1969, and then returned them to Earth safely four days later. The moonshot-caliber challenges you will read about in The Moonshot Catalog in the coming months share the seminal feature of that decades-old mission: they are daunting, but they are doable.

They are daunting in that each one requires a unique, creative, and sustained synthesis of science, engineering, entrepreneurship, collective will, and resources to pull off. They are doable in that researchers, innovators, entrepreneurs, governments, and other stakeholders have taken real initial steps toward the moonshots’ must-go destinations. Each moonshot that humanity can pull off will yield a world of good, both for the planet and for all of us. Each success will contribute to our sense of promise about the future and fight a corrosive sense of cynicism.

These challenges are at the heart of The Moonshot Catalog, a communications project funded by the philanthropic organization Schmidt Futures in collaboration with the American Association for the Advancement of Science (AAAS). 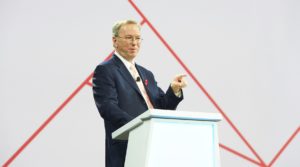 Alphabet’s Schmidt: AI Will Be Used With People, Not to Replace Jobs 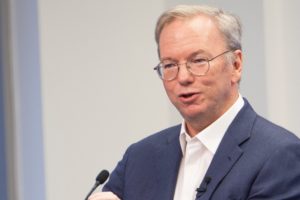